View cart “Office 2019 Pro Plus” has been added to your cart.
Sale!

Windows 10 is the best of Windows you that already know, and lots of great improvements you’ll love. Technologies like InstantGo let your devices boot up and resume quickly, letting you get right back to work. Windows 10 provides ongoing security updates to help protect against online threats and has built-in protection from malware and viruses. Windows 10 has been designed to work with software and hardware you already have.

Windows 10 Pro offers all of the same features as the Home edition, but also adds tools used by business. However, it’s also suitable for more advanced home users, as it adds tools such as BitLocker, which adds enhanced encryption options, as well as Remote Desktop, which lets you log in to your PC when you’re away from your desk, and the ability to create and run virtual machines. Virtual machines run as sandboxes, and are in effect separate installations of Windows where you can install software without risking your primary installation of Windows.

There are no reviews yet.

Be the first to review “Windows 10 pro” Cancel reply 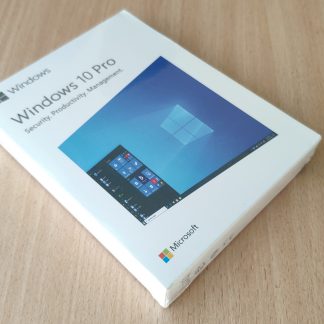